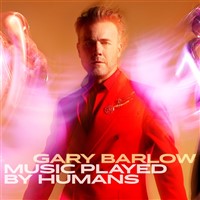 On Sale from 9:30am Friday 9th October

Gary Barlow has announced a new tour where he will be singing tracks from his brand new album.

The tour will kick off in June 2021, featuring hits from the last three decades, and songs from the newly released album Music Played By Humans,

The Music Played By Humans - The Tour will feature a full orchestra, starting in Aberdeen on the 30th November.

Gary -will be playing 15 shows in 13 cities around the UK and Ireland.

Restrictions - Under 14's must be accompanied by an adult 18+

We aim to arrive at the venue to give yourselve enough time to relax and find your seats comfortably before the concert begins.

Return back after the concert once all passengers have boarded the coach.

To display your nearest pick-up points, enter your postcode or city/town and click 'Search'.